Live Out Loud, the highly anticipated new studio album from Montreal’s own Jonas & The Massive Attraction, hit iTunes and stores across Canada May 14, through Big Slice Records/Select Distribution. Recorded at Planet Studios in Montreal, Live Out Loud is co-produced by Mark Holman and producer to the stars, Marti Frederiksen, who has worked with such rock royalty as Aerosmith, Mick Jagger, Motley Crue, Pink, Carrie Underwood and Rihanna.

The first single “Ultimate Low” has already reached the Top 30 on the Canadian Mediabase Active Rock Charts, alongside Soundgarden, Billy Talent, Three Days Grace and Imagine Dragons. Jonas & The Massive Attraction’s first ever original French single from the new album, « Respire », entered the BDS Top 100 charts in Quebec at #28 and is currently Top 3 as the #1 most requested song in the Province.

Jonas & The Massive Attraction’s Live Out Loud is the fourth album for Juno-nominated singer Jonas Tomalty.  Since his band’s 2004 tour with Van Halen and the release of their debut album Jonas, featuring the hit single « Edge Of Seventeen, » the singer’s popularity continues to skyrocket. The near platinum-selling album was nominated as “Rock Album of the Year” at the Juno Awards alongside Hedley, Our Lady Peace, Theory Of A Deadman and the eventual winners Nickelback. That same year, Jonas was also nominated as “New Artist of the Year.”

Tomalty spent much of 2012 writing for the new album, including trips to Nashville and L.A, where he wrote with fellow Canadians,Raine Maida of Our Lady Peace, Simon Wilcox, Justin Gray, and Julien Jorgensen and Matty McCloskey, members of the band Rev Theory. The chemistry between Jonas, Julien and Matty was instant and the team collaborated on five songs on the new album, including « Riot, » « Bonnie & Clyde, » « Breathing, » « Cover Me » and « Hope You’re Happy ». Producer Marti Frederiksen invited Jonas to his home in Hawaii for a ten-day writing trip that proved very fruitful. « Writing with Marti in Maui was a truly Zen experience » says Jonas, « it really gave us the chance to hang out together and work out the new material. »

The band is currently in Europe on a month long headline tour to promote the release of Live Out Loud and will bring the LIVE OUT LOUD TOUR home to Canada in June for multiple summer festival performances. 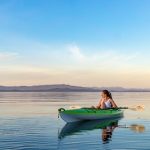 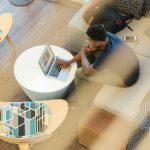 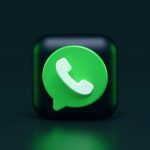